Like our work? Arrange a meeting with us at our office, We'll be happy to work with you!

We are always looking for new talents and we were expecting you. Time to apply, buddy!

On October 2019 I left with a group of travellers to Sikkim, West Bengalen, Bhutan and India for a three weeks travel programme organised by Sawadee/the Netherlands. Accompanied by a Dutch guide Pieter and a number of local guides we travelled From New Delhi to Gangtok, Yuksum, Pelling, Darjeeling, Jaldapara national park, Thimphu, Jakar, Paro, New Delhi and Agra. We travelled by plain, mini-bus and traditional bus. The roads were some times bumpy, bad or even non existing. Landslides took their toll by taking the road with them on the way down hill. As the pictures will tell you: the views were stunning, we saw a lot of monasteries, monks, festivals, local people and road. The average travelling speed was from time to time 17 km per hour, so long days travelling. I hope you will enjoy the pictures. Advice: also look at the portfolio, as there are more their.

Monasteries are common in Bhutan – the views are dominated by them. 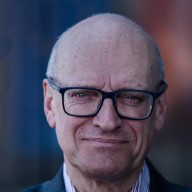